President-Elect Trump may have just unwittingly sowed an equity market draw-down which will send even more protesters into the streets of America. Donald Trump's stated economic policies are clearly pro-growth and if he manages to implement his pro-business, anti-regulation agenda, in  the longer term they have the potential to surpass the bold and successful initiatives of Ronald Reagan. However, in the near term he has already unknowingly just shot himself in the foot.

To understand this we need to look at some charts from the FRED system which we unearthed in trying to understand what the future presently entails for corporate stock buybacks and dividend payouts. Shown in the chart below we see how Corporate CEO / CFO's have increased their debt loads by historically unprecedented levels of 20-30% Y-o-Y since just after the GFC (Great Financial Crisis). You will notice that in the last year that rate of growth has gone negative.

The next chart we found astounding regarding the degree of correlation of the above corporate debt growth (primarily being used for buybacks and dividend payouts) compared  to the movement of the S&P 500 on a Quarterly Y-o-Y change basis. There can be little doubt about what has been sustaining the artificial levels of US equity markets!

You will also notice that recently this correlation has begun to falter, as equities diverged staying positive from the falling rate of debt growth.

To put this into perspective our analysis  indicated that corporate cashflows (EBITDA) and debt levels had now reached a level where they were potentially impacting corporate credit & lending ratings. As you would suspect, corporations as a consequence have began to slow their rate of buybacks (shown below). 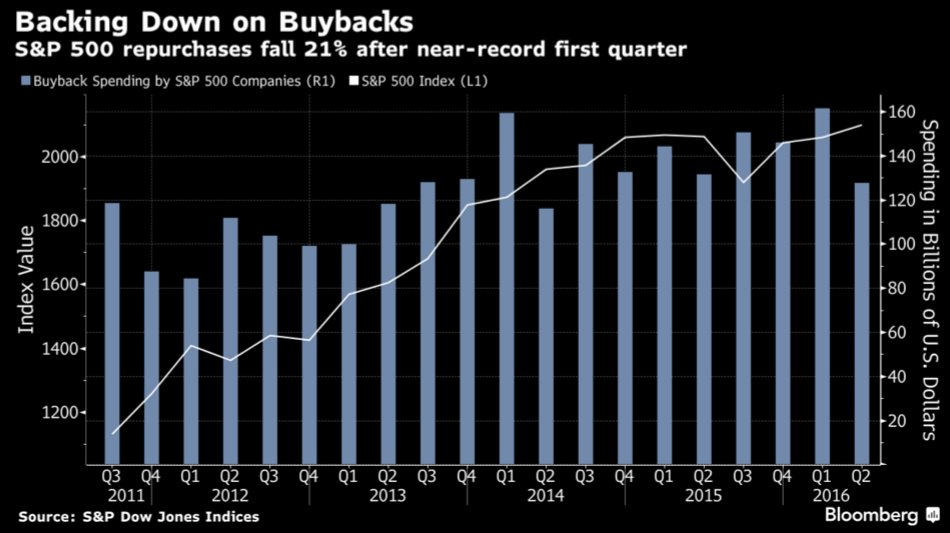 SWISS NATIONAL BANK  (A LIKELY PROXY) TEMPORARILY TO THE RESCUE

The question is; what allowed US equities to continuing  rise?  We sense this can best be answered by showing how mysteriously, at the same time as the above divergence, we witnessed the Swiss National Bank buying US stocks. The SNB acquired to  almost the exact level required to keep markets temporarily levitated. Obviously nothing more than a coincidence and certainly not something that anyone might suspect they could be potentially acting as a proxy for the US Federal Reserve or US Treasury? 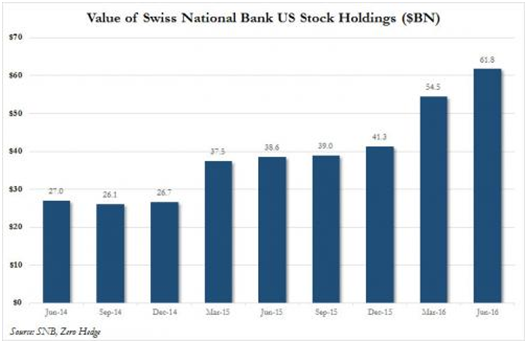 But now we have a new President and the political pressures on the Federal Reserve to keep markets from falling prior to the US Presidential  & Congressional election are over. Based on President-Elect Trump's campaign rhetoric, Janet Yellen knows she is likely not to have her term renewed in 2018 and knows the Fed's historical independence may in fact be exposed.

IMMEDIATELY on Trump's victory we have witnessed A Global Bond debacle as yields have shot skyward. Suddenly corporate borrowing has become even more expensive and most importantly, perceived low-risk Treasury yields are now the same or slightly higher than stock yields!  Investors have been forced to buy US equity stocks (other than the FANGs & NOSH) for the dividends in a yield hungry world controlled by policies of Financial Repression.

This dramatic post election development may be the "spanner" in the corporate stock buyback program that many have been anticipated, but were unsure what exactly would trigger it.

Trump's aggressive $1 Trillion Infrastructure Plan may have released the "inflation genie" based on his vowed spending and tax cut programs. 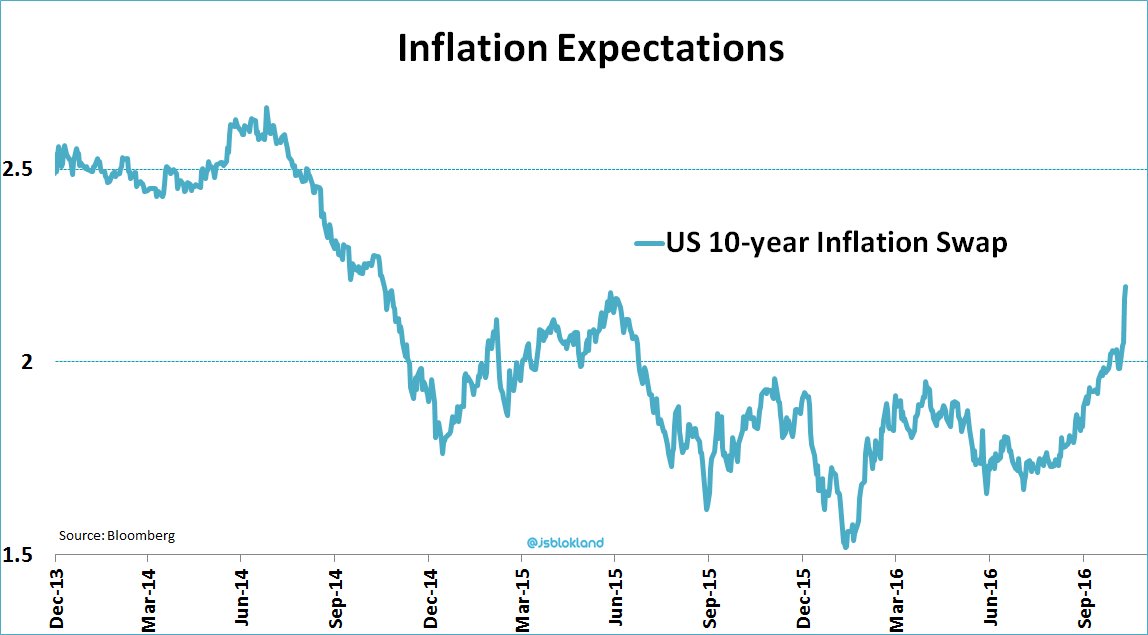 With bond prices having removed $1 Trillion globally the expectations and pressures are now for the equity market correlation to more closely align with bond values. Valuation math is clear on this point: if rates rise, earnings need to increase or stocks fall.

Expect the correction of an over-valued US Equity market to be summarily and quickly blamed by the liberal media on the new Trump Administration before it has even taken office.

WATCH THE EU BANKS AFTER US ELECTION GYRATIONS ARE OVER KEY FOCUS: DID THE “TRUMP TANTRUM” JUST TRIGGER THE NEXT US RECESSION?