At MATASII we have been strong in OUR "UnderTheLens" and "LONGWave" videos that we see 10 Y UST rates below 1% long term. We have more recently felt (in our IDEA posts ) that a target of 2.05-2.15 in the 10Y UST was appropriate.  This however has not been the consensus believe.

We read a report from the KesslerCompanies in ZeroHedge that:

It is only logical to assume that after 8.2 years of unimpeded GDP expansion in the US, we are near to the other side of the business cycle, a recession. The average expansion since 1900 is 3.8 years, and this one is already the 3rd longest, only bested by an expansion in the 60’s at 8.8 years and the expansion in the ‘Roaring 90’s’ at 10 years.

Logically and empirically, recessions see much lower interest rates. Cycles associated with the 14 recessions since and including the Great Depression average a drop of 186 basis points in yield (-1.86% in yield) in the 10yr US Treasury. In the last five recessions that we have Fed Funds target data for, the Fed has cut rates an average of 625 basis points (-6.25%) and a minimum of 500 basis points (-5%).

With the Fed at 1.125% now, it is easy to imagine a negative Fed Funds Rate and negative Treasury yields in the next recession. A recent Bloomberg article points to new research from Harvard professor Kenneth Rogoff suggesting that negative interest rates have been proven to work and are a viable choice for the Federal Reserve.

In the next recession we expect rates to fall nearer to Japan and Germany type levels; below 1% and possibly below 0.50% or 0%. Using short-hand, estimates of performance can be calculated using assumptions for where the 10yr UST falls to.

*This is a short-hand estimate of what returns may look like before any fees or commissions. This simple model does not take into account carry, rolldown, or active management. Returns could easily be higher or lower than these estimates at these terminal yields. Higher yields would most likely result in lossses. 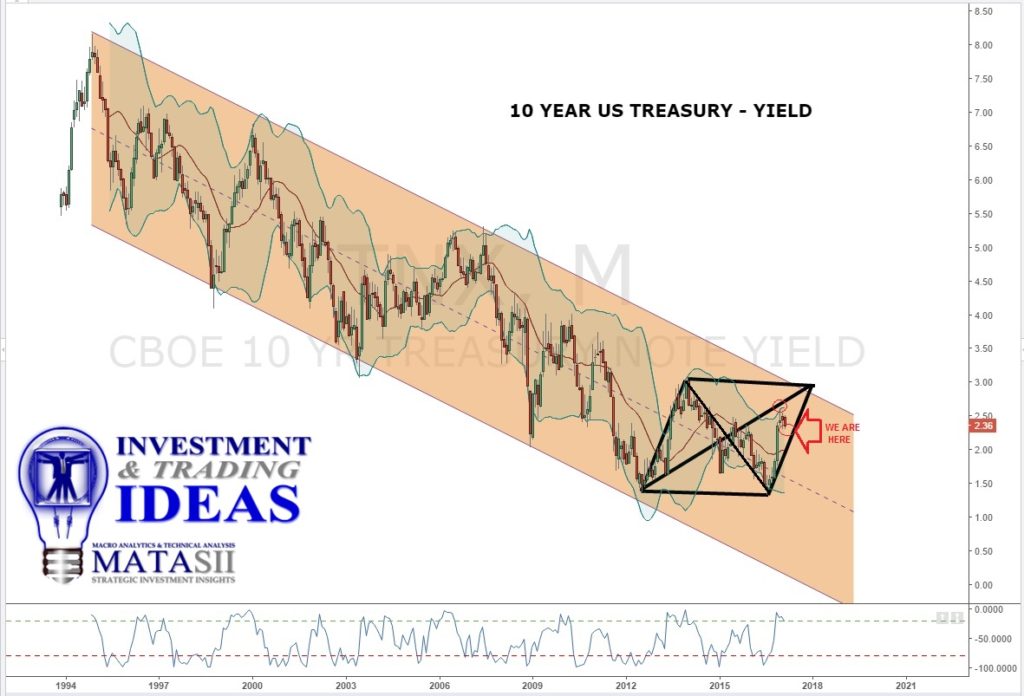