On April 9th the historic and unprecedented $2.3T US Federal Reserve Bailout Program was released. This was one day after April’s  LONGWave subscriber video release. The LONGWave video had outlined the serious problems which the subsequently announced Federal Reserve program which tried to re-actively alleviate.
It is important to appreciate that though the Fed politically avoids this subject, on the same morning the Bank of England taking a differing tact announced that it was “Monetizing” new government funding to finance its Government CoronaVirus Bailout Programs. The BOE was a first  major Central Bank to publicly state this alarming fact. Many Investors will soon come to the shocking realization this is the real Regime Change now underway in US Policy.

WHAT WE NEED TO UNDERSTAND

We outlined the Monetary Facilities & Fiscal Programs announced since the CoronaVirus market crash. However, the April 9th Fed announcements places US Monetary Policy on a whole new trajectory. Three major firsts have now been launched.
THE THREE “NEVER BEFORE” WE WARNED IN FEBRUARY
We released the graphic below as part of a subscriber Alert in our February MATASII post entitled: “WATCHING THE CREDIT MARKETS FOR EARLY WARNINGS!“. 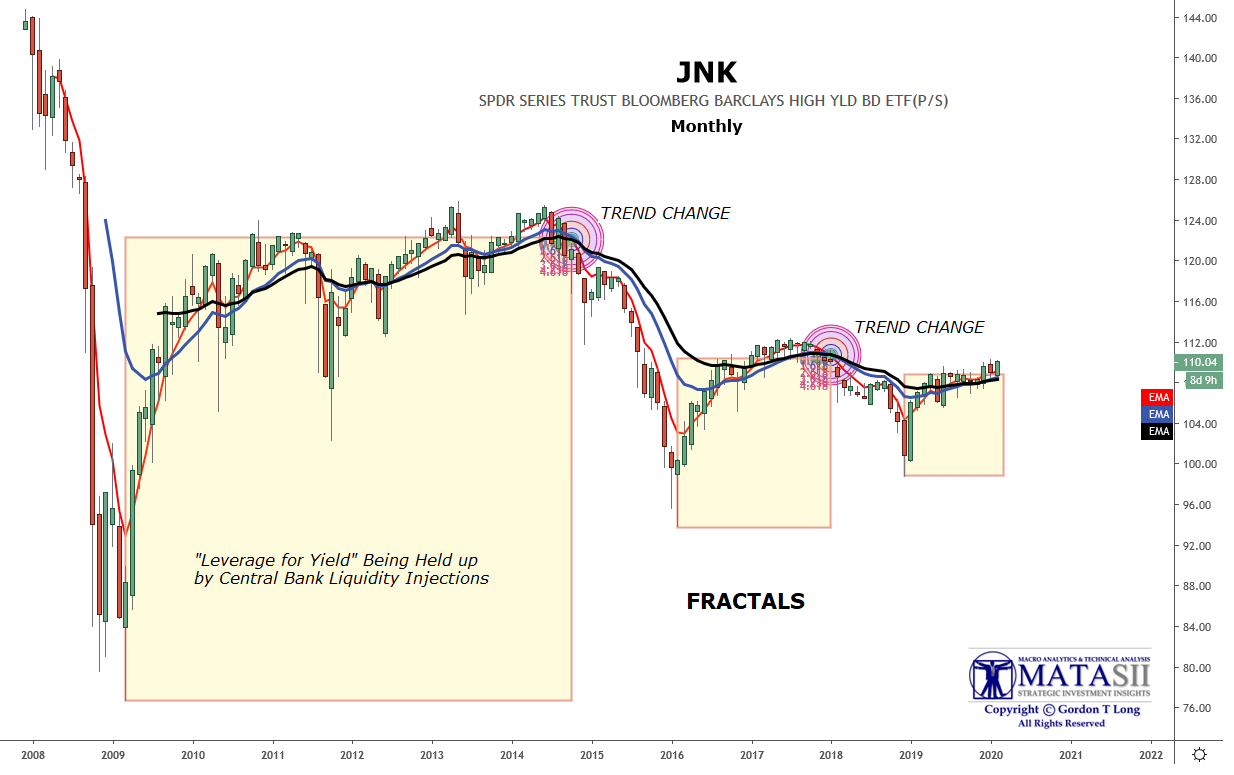 GET THE CURRENT CHART: Your LIVE LONGWave Video Chart Link:

Subscribe to view full post content
SUBSCRIBE
THE FEDERAL RESERVE’S ANNOUNCEMENTS HAVE STILL LEFT A FATAL EXPOSURE
The Federal Reserve’s announcements have left a major hole that needs to be urgently addressed but know one yet knows how – despite an historic array of previous employed and never used Facilities.

We recommend you keep an eye on the chart below to determine whether the Fed’s actions will actually support the HY and lower quality IG corporate debt markets.  As goes the Credit Market and specifically the HY segment, so will go the overall financial markets! 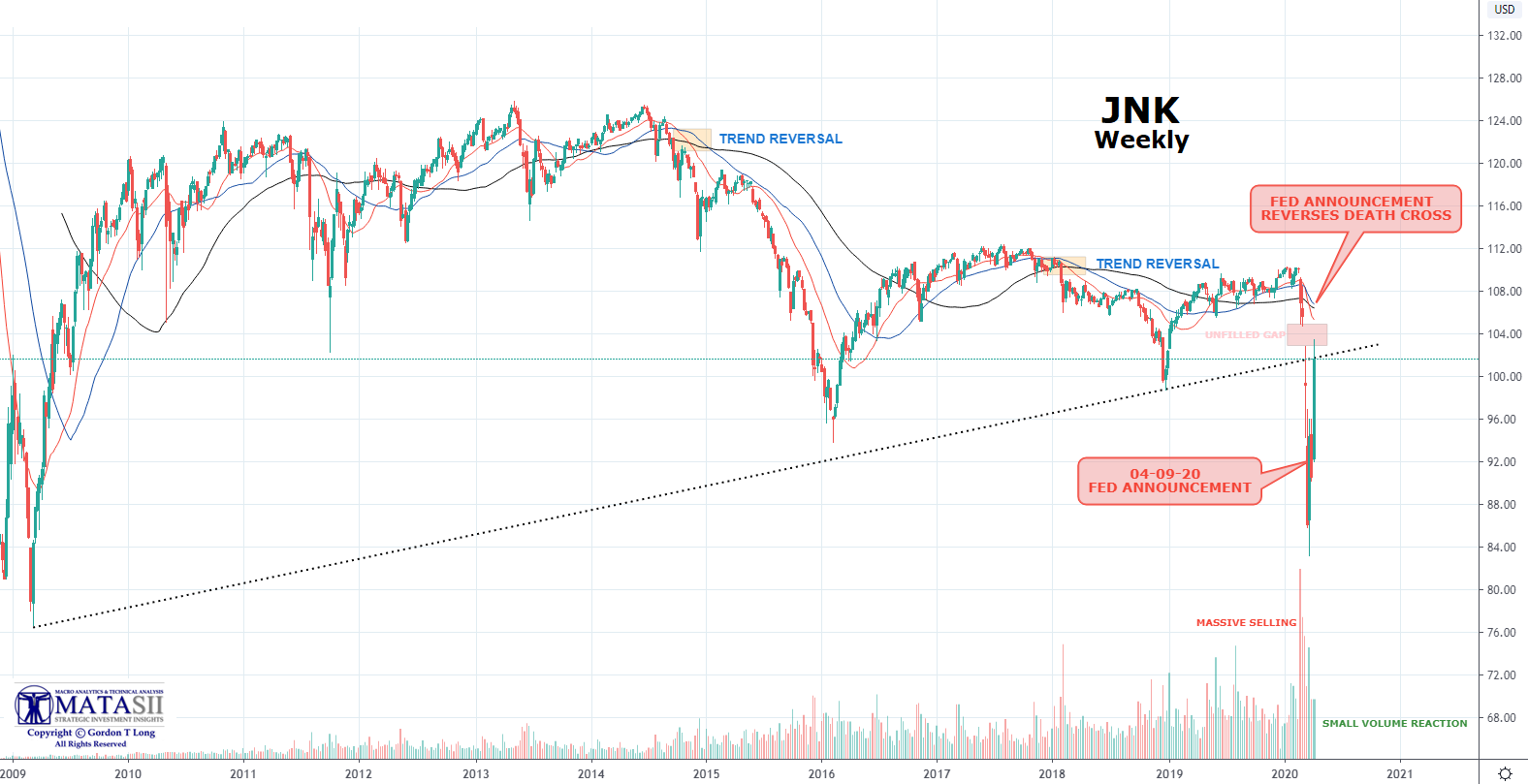 FED CHAIRMAN POWELL PREPARES MARKETS FOR MONETARY EASING & FURTHER US$ DEBASEMENT TOO MANY TO SAVE?