GOLD: THE CHINESE HAVE CHANGED THE WAY THEY LOOK AT IT

GOLD: THE CHINESE HAVE CHANGED THE WAY THEY LOOK AT IT 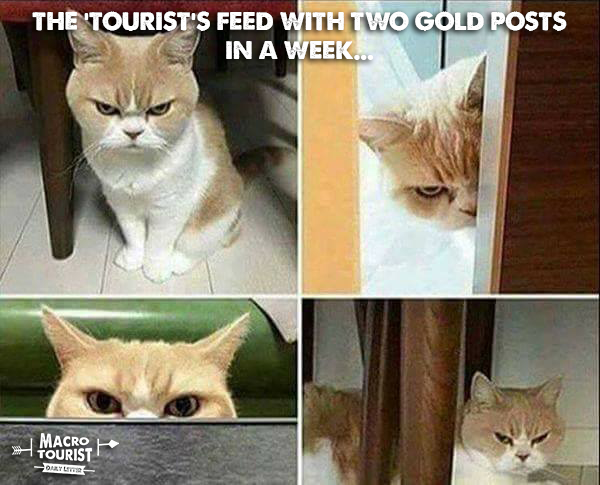 At the risk of alienating all my readers who view gold as a barbarous relic, I am chancing one more post to expand on my ideas regarding the correlation between gold and the Chinese currency.

“Why would they do that?”

And I guess I purposely left out the details, instead I choose to focus on the correlations and leave it to readers to draw their own conclusions.

And before I give you my theories as to the reasons behind the relationship, let’s have a look at how the correlation has fared since I wrote about it last. 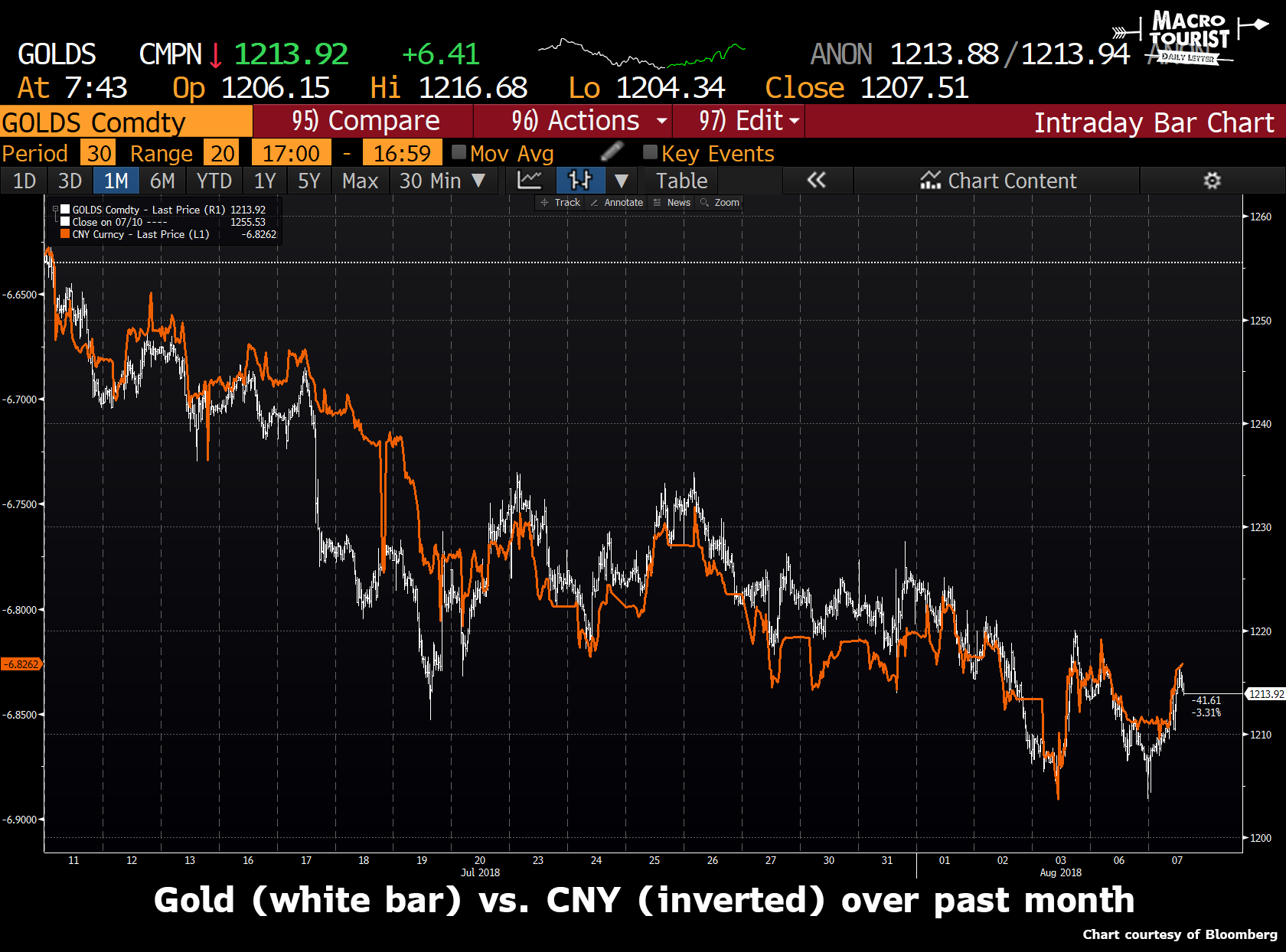 Still trading on top of one another. In fact, it’s almost tick for tick.

Speaking of tick for tick, the great twitter account of @TickByTick_Team created a terrific chart that demonstrated the collapse in the volatility of gold priced in CNY. I have recreated using the 90-day historical volatility, but it doesn’t matter which time frame you use - the end result is that gold priced in CNY has become a lot less volatile. 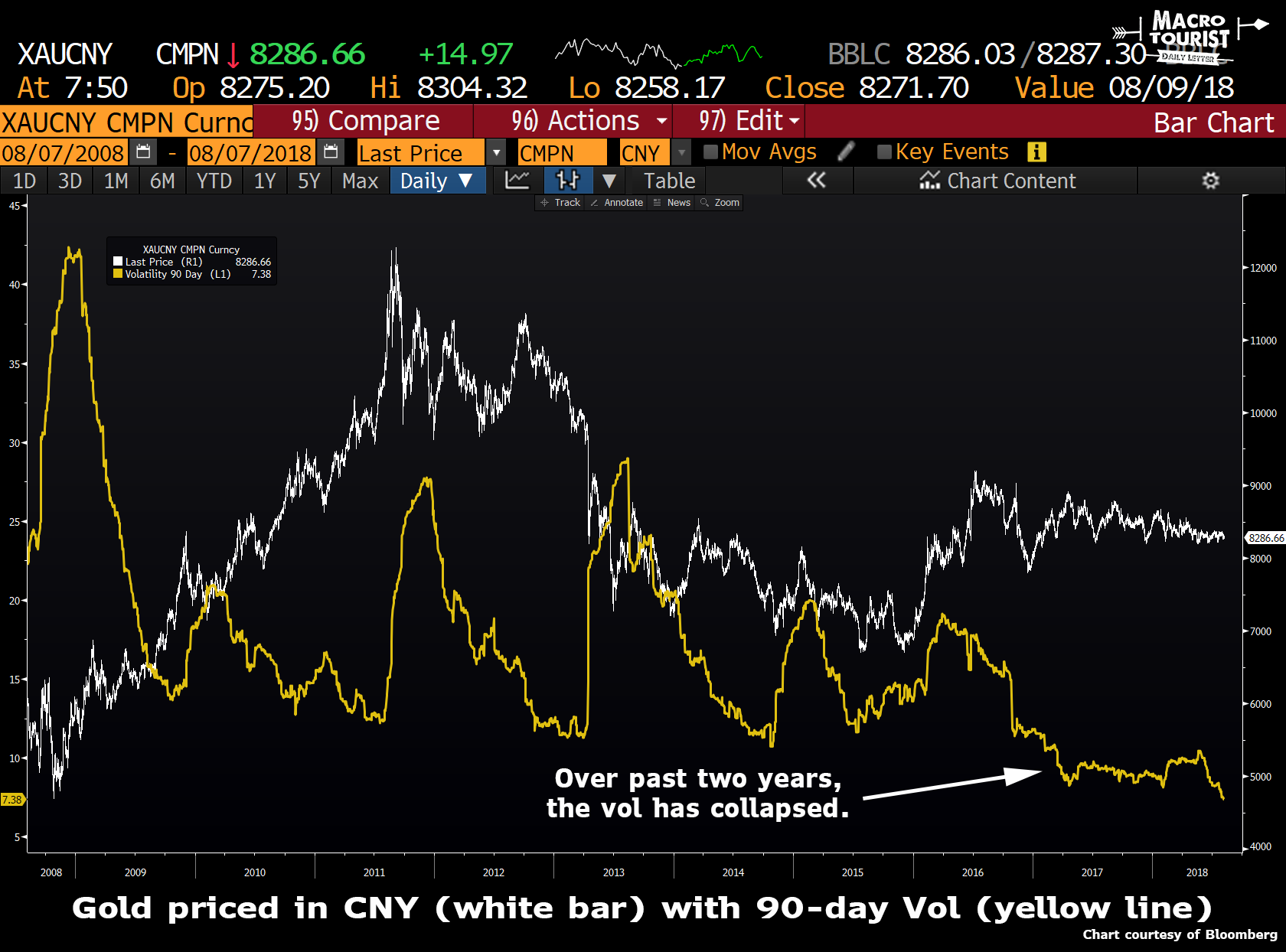 But I do believe the Chinese are managing the price of gold priced in CNY. They have in essence provided a floor at which they are willing to accumulate gold. They don’t bother selling it when it rises above that level, but when the gold price descends into their buy zone, they are there with stacks of blues.

So why is the price of gold going down recently? Well, if we assume that China is one of the biggest buyers of gold, when their currency depreciates, their bid for gold priced in US dollars falls.

The price of gold has not been pegged in CNY, it is merely being bought in that currency. The Chinese have fundamentally changed the way they look at gold. Instead of pricing it in US dollars, they are pricing it in CNY. And they are bid. For size.