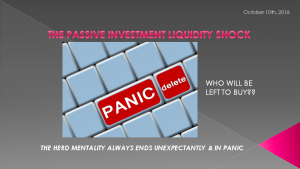 Today we are going to continue with our three part series on how the stock market is at least temporarily hiding economic reality and why the powers "to be" can be counted on to print the money.

We will expanding on the foundation work in Part 2, which we have discussed to some degree previously, before moving to the three unfolding stages we see ahead over the next few years. 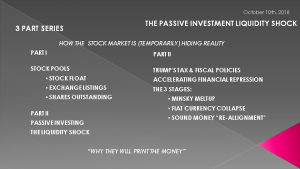 As you are only too well aware I have been ending these monthly video's with this slide for a very long time now. What I hope to achieve in this three part series is answer why this will happen (via the facts) as opposed to simply an educated opinion.

I believe the central bankers of the world are now trapped and will be forced to play out an already scripted series of policy initiatives. 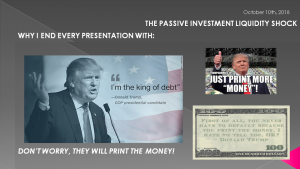 I also hope to show in the concluding Part III why a Minsky Melt-up will occur as part of three unfolding stages. We are already in Stage I as the Minsky Melt-Up is now underway. What I am sure is surprising to many, is it is still in its' early stages. 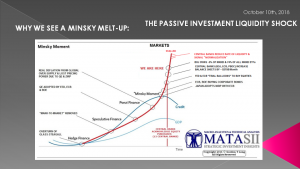 In part II we will cover the following shown here 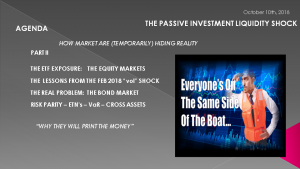 Since the 2008 Financial Crisis the adoption and growth in Passive ETF Index funds has been truly monumental! The $2.5T as this chart illustrates has predominately come from a shift from Actively Managed Funds such as Mutual Funds.

The big advantages include cost, ability to match chosen indexes easily, overall ease of monitoring and most importantly of all - rapid entry and exit - a click of a mouse.

As you will see this biggest advantage may be its biggest disadvantage when potentially large numbers of holders simultaneously hit the sell key at the same time.

Many will recall from the 2008 crisis it was this type of simultaneous shift by Chief Financial Offers in moving their corporate cash accounts from Money Markets to US Treasuries (about $5T in one afternoon when a Money Market Fund "broke the buck") that sent the Fed Chairman and  the US Treasury Secretary to a panic closed door congressional leadership meeting - subsequently leading to massive actions by the US Federal Reserve. 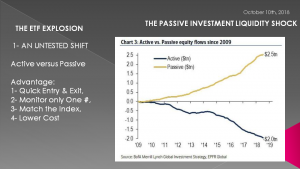 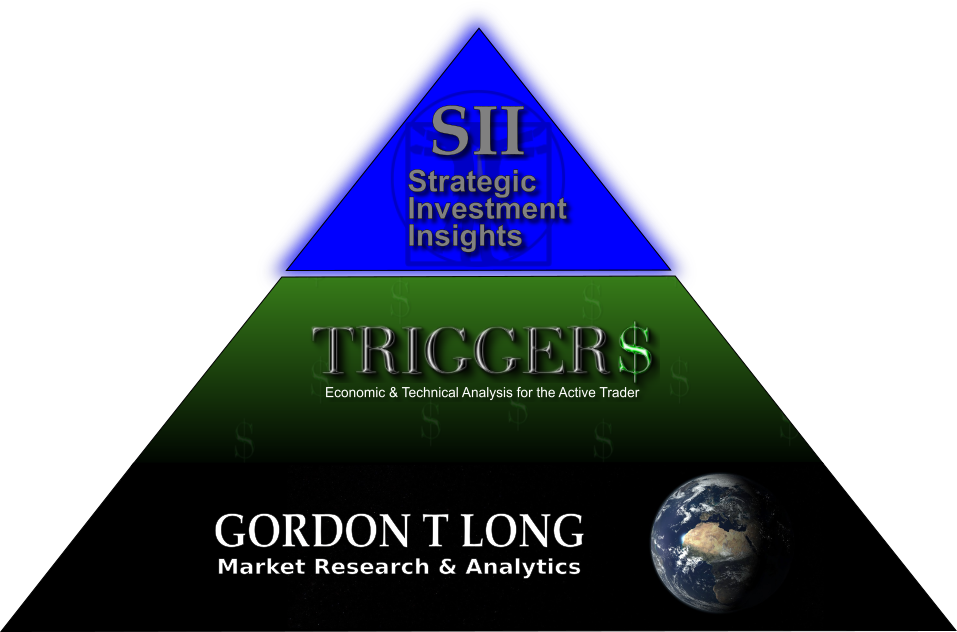