After Tuesday's release of the dramatic PPI increase (8.6% Y-o-Y), then followed by Wednesday's historical high CPI (6.2% Y-o-Y) the bond and precious metals finally reacted. The reports put to rest any doubt that high Inflation rates were not Transitory as touted by the Fed and were going to be elevated at least for the Intermediate Term. 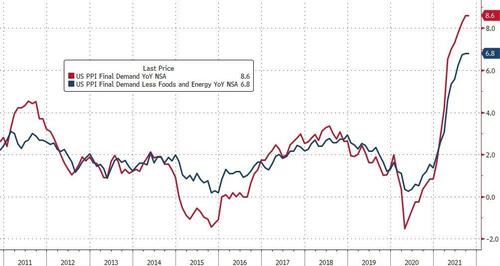 Owner Equivalent Rent (OER) comprises approximately 1/3 of the CPI measure.  The surge in owners equivalent rent inflation is clearly anything but over... 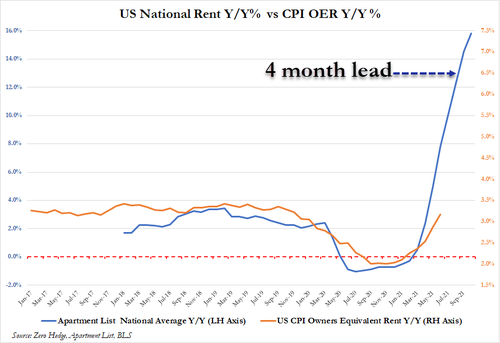 The Bond Market as measured by the 10Y Note reacted in two ways:

Though on the surface the net result was a minor move in the 10Y note, the change in underlying value composition was anything but!

Money flowed into TIPS (Treasury Inflation Protected Securities) pushing price up and yield down. The change in the Intermediate perception by institutional investors was that:

US inflation Breakevens soared to record highs, jumping notably more last week than the rest of the world's break-evens.

This took the 10Y Breakevens to what we have been targeting as near term overhead resistance at 2.74% last achieved in 2004 (FRED chart below). 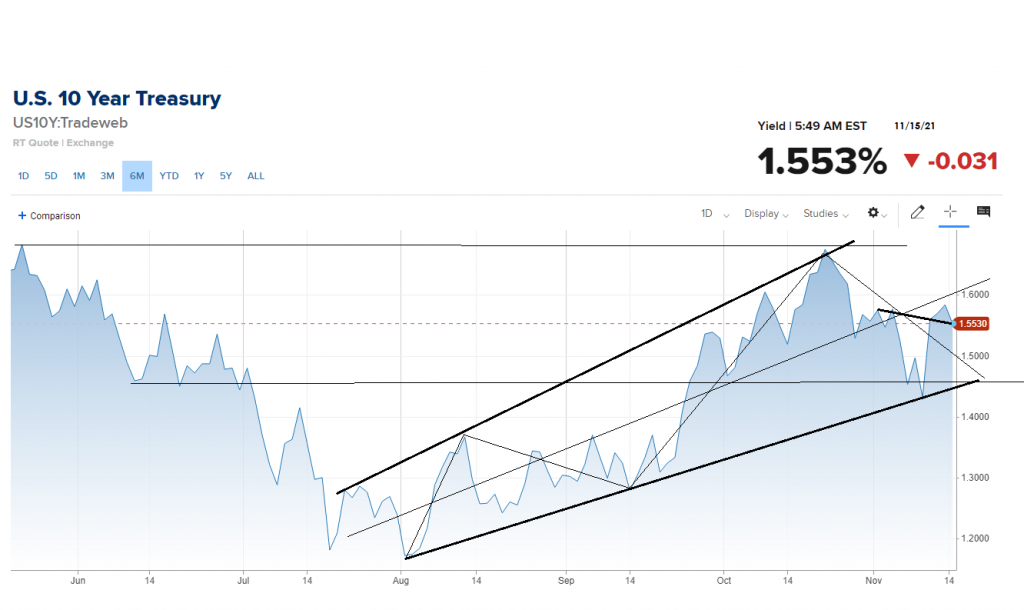 With Real Yields crashing to new record (negative) lows, this provided support for Gold.  Gold has not yet closed the gap with real rates which suggests a belief that real rates have fallen too far too fast!