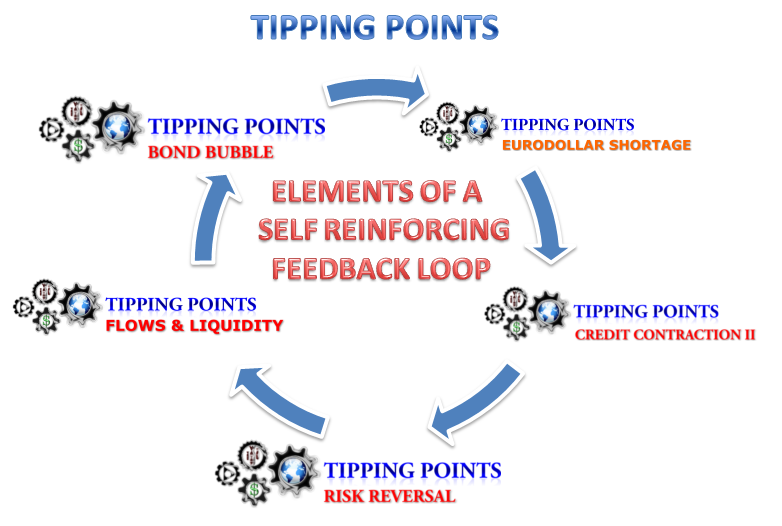 WE HAVE AN ALARMING NEGATIVE REINFORCING FEEDBACK LOOP BETWEEN LIQUIDITY, VOLUME & VOLATILITY

If the current trend of rising volatility coupled with declining delta-one volumes continues, the result will be a market in which the top-of-book depth eventually collapses to zero and where even the smallest order has the potential to unleash chaos

ACCELERATING CREDIT LIQUIDATION WITH BOTH IG & HY SPREADS ARE BLOWING OUT 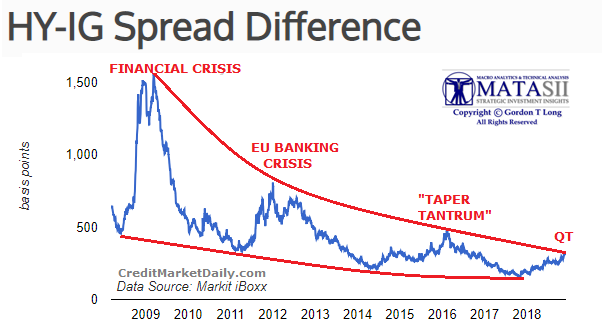 In October the Fed reached cruising speed. In the cruising-speed phase, the Fed is scheduled to shed “up to” $30 billion in Treasuries and “up to” $20 billion in MBS a month, for a total of “up to” $50 billion a month.

In November, the Fed shed $30 billion in Treasury securities and $16 billion in MBS, for a total QE unwind of $46 billion, the largest monthly amount since the QE unwind began 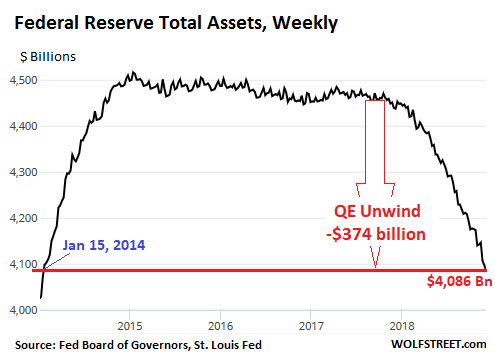 WE HAVE A CLEAR GLOBAL DEARTH OF LIQUIDITY

Money supply growth is the most important fundamental datum for overvalued risk assets. Everything else is just decoration.

The immediate implications will be a yield curve steepening and ultimately a weaker US dollar.

Financial shares and Emerging Markets may prove the main beneficiaries.

DIGGING DOWN ON WHY THE MARKET'S RECENT RECORD LIQUIDITY COLLAPSE

The reality is that the problem is not going away and will only get worse as the bear market unfolds and as market volatility explodes.

"Ever feel like the smallest order gets to push the Emini around like a toy? It's not just a feeling: it's the truth, not only is the Emini futures top-of-book depth worse now than it was in the highest-vol weeks of October, it is also worse than it was during the record VIX surge in February....  In fact, the top Emini orderbook has never been worse."

There will come a day “with actual bad news” when the selling onslaught is so broad, not even BTFD HFTs will be able to resist the sudden avalanche of selling. That’s the day when the increasingly fragile market, one in which “liquidity is the new leverage” will officially break and stocks will “trade outside of the NBBO constituting a genuine flash crash” in a “negative feedback loop that causes more volatility.” A selloff from which there will be no “snap back.”

MARKETS ARE ALL ABOUT FLOWS 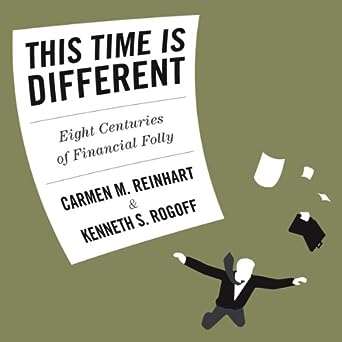 The Federal Government will face a potentially terminal debt trap from which there can be no escape.

WE HAVE AN ALARMING NEGATIVE REINFORCING FEEDBACK LOOP UNDERWAY BETWEEN LIQUIDITY, VOLUME & VOLATILITY MARKETS ARE ALL ABOUT FLOWS