WILL THE FED’S “L” STRATEGY WORK?

The Federal Reserve’s “L” Strategy is to crash the economy to absorb excess liquidity and capital ‘sloshing’ around the global financial system and then maintain the required elevated rates until inflation is determined to be under control.

There are four critical contending forces at play that such a Monetary Policy faces!

We are in a much more complex environment than the Federal Reserve is accustomed to and the probability of avoiding an economic ‘hard landing’ is almost nil!

SUSTAINED LABOR PRODUCTIVITY IS ACHIEVED THROUGH INVESTMENT, NOT COST CUTTING

THE FED IS COUNTING ON A RECESSION TO LOWER INFLATION.

Markets recognize that regardless of what the Fed’s present narrative is regarding a strong economy, their fight against inflation will assure the US economy enters a recession. This assumes it is not already in recession! In fact, if it is in recession, the Fed is strongly committed to making the recession worse in order to fight inflation.

What the markets haven’t figured out yet is they still think the central bank will succeed in its fight against inflation. They believe if the rate hikes don’t do the trick, that a deep recession will.

We can expect the Fed to keep up the pretense (a bluff) as long as they can. Ultimately however, they’ll show their cards and make the pivot back to lose money.

EXPECT THE FED TO HOLD A QUARTER OR TWO LONGER THAN THE MARKET IS ANTICIPATING.

Former Fed advisor Zoltan Pozsar is also confident that “lower risk assets won’t kill growth” and his solution to contain inflation and “to improve labor supply, the Fed might try to put volatility in its service to engineer a correction in house prices and risk assets – equities, credit, and Bitcoin too…” In short: crash everything.

Fast forward to today when once again the Fed has followed Zoltan’s advice to a tee with:

The US labor market will remain broken for a long time with insufficient workers and a persistent wage-price spiral.

“Today we have a bigger problem: a shortage of labor, particularly in services, which is due to a mix of factors such as tougher immigration policies to appease nativists; early retirements and other labor market changes driven by the pandemic; and extreme wealth gains sapping labor force participation on the one hand (“feel rich, work less”) and driving demand for services on the other (“feel rich, spend more”). It’s a mess: it’s easier to deal with the politics of wage setting than it is to “grow” people – even in The Matrix, that’s possible only over time. Until then, we are stuck with a labor shortage, and President Biden’s top labor lawyer is the anti-Reagan: she’s encouraging the unionization of workers from Amazon to Starbucks…”

The market’s recession/no-recession infatuation is ridiculous. if the inward shift of supply curves across multiple fronts (labor, goods, and commodities) is the main driver of today’s inflation; if demand needs to be curbed significantly to slow inflation; and if a substantial reduction of aggregate demand means an “L”-shaped path for the economy, why is it so hard to see that we need a recession to curb inflation? Instead of the question of “whether”, why don’t we think about the “depth” of the recession needed to curb inflation?

In a global economic war, it isn’t possible for every major country but the U.S. to be engaged in “general mobilization”, and if Jay Powell is engaged in the “general mobilization” of Paul Volcker’s legacy, he also needs to engage in a “general mobilization” of U.S. consumers to spend much-much less; that is, “general mobilization” in the U.S. means a recession. A big, long-lasting one … to purge the “Super Size Me” mentality and replace it with Jimmy Carter’s theme of living thriftily (a “cultural revolution”). And that involves not only slowing the interest-rate sensitive parts of the economy (housing and durables) but also reducing demand for labor in the service sector, is a function of the level of wealth across a range of assets (housing, stocks, as well as crypto) to weed the “feel rich, spend more” and “feel rich, work less” mentality from the system. And what the Fed is telling us when it flat-out dismisses two quarters of negative GDP growth is that it it isn’t focusing as much on the rate-sensitive parts of the economy as it did in the past. Instead, it is focusing much more on the services economy and the labor market, which still remain strong. And therein lies the cautionary tale for the market…

If you think that the peak of tightening is 3.5% because inflation peaked, and that cuts are coming next year because a recession is nigh and stocks are now at the cusp of a bear market; (maybe not, because we need a recession, and lower asset prices are the path to a recession), you might be terribly wrong.

Make no mistake about it, the risk of the Fed hiking to 5% or 6% is very real, and ditto the risk of rates cresting there despite economic and asset price pain.

The market and the Fed are telling us that we will curb the biggest outbreak of inflation in fifty years with a “hiking cycle”, where the peak of the “hiking cycle” next year corresponds to negative real interest rates… unless you think that inflation moderates to target, that is 2%, by next year. If that is true, I am going to re-take Economics 101. What could I be missing?

Is Jay Powell a dark horse who is more political than serious about inflation? I do not think so. Once you go down the path of invoking Paul Volcker’s legacy, you can’t avoid making good on that promise. If you do, you damage the Fed’s reputation irreparably.

The risks are such that Powell will try his very best to curb inflation, even at the cost of a “depression” and not getting reappointed…

Between a deep recession and damaging the Fed’s reputation as an institution, a deep recession is the lesser of two evils. The former is public service and the latter is public disservice. The former is a central banker’s clear conscience and the latter is a life-long burden. Whether Jay Powell will succeed in slaying inflation is not the question; in the context of economic war, we can doubt that. Rather, the question is whether he’ll try his best to slay it. There I have no doubts.

SUPPLY: THE VAGRANCIES OF THE GLOBAL SUPPLY CHAIN

Phase II of the Commodity Super-Cycle in 2023

“A Camel Is a Horse Drawn By a Political Committee”

Demographics and Cycles all have a close alignment with tops or lows in ~2033. This supports the work of Howe & Strauss as part of the “Fourth Turning”. 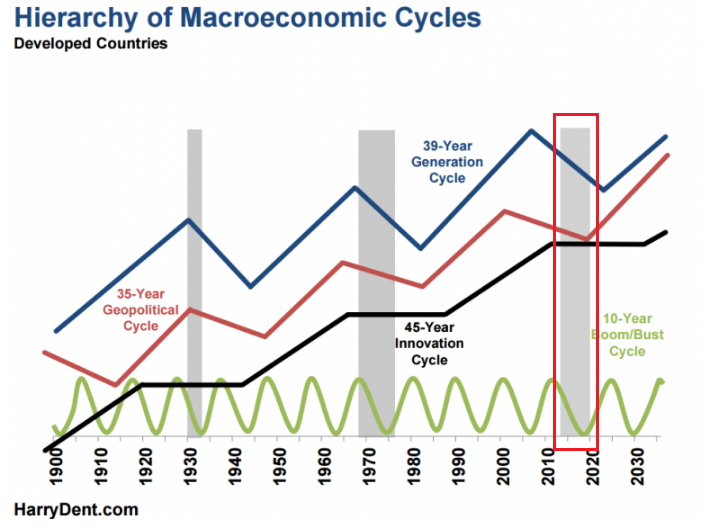 There are too may moving parts for the Central Bankers to bring inflation under control without significant damage! Economist Nouriel Roubini recently agreed with our view when he suggested there are two options for the US economy, given the Federal Reserve’s most-aggressive tightening campaign in decades:

The chairman and chief executive officer of Roubini Macro Associates in an interview on Bloomberg Television’s “Balance of Power With David Westin”:  Roubini, whose prescience on the housing bubble which the US financial crisis experienced more than a decade ago earned him the nickname “Dr. Doom”. 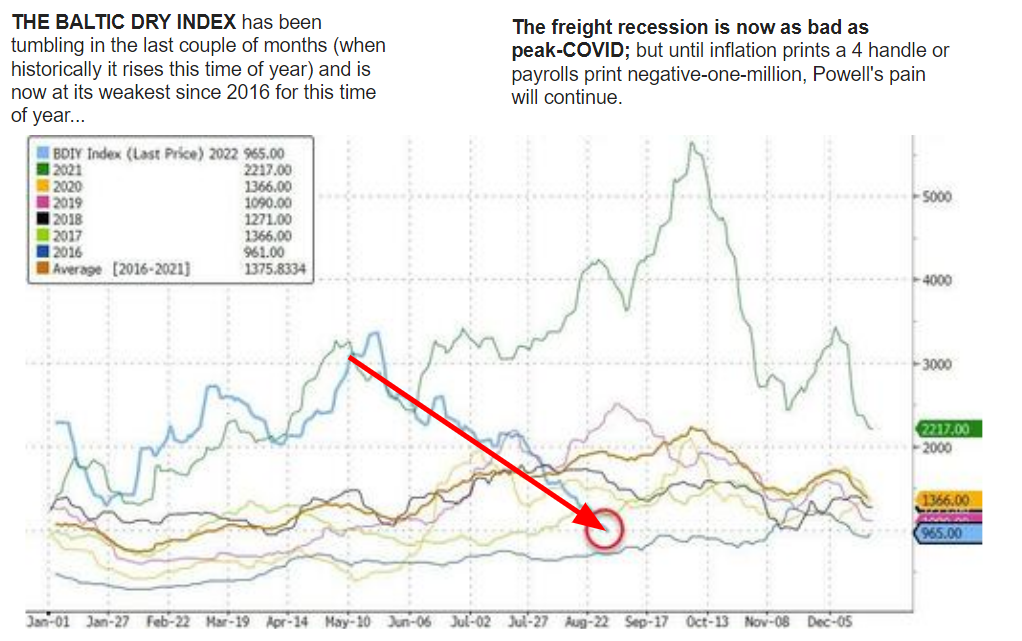 PHASE III OF THE COMMODITY SUPER-CYCLE WILL BE A GLOBAL FOOD SHORTAGE RECORD 2022 USD RISE, FOLLOWED BY 2023 DIVE!