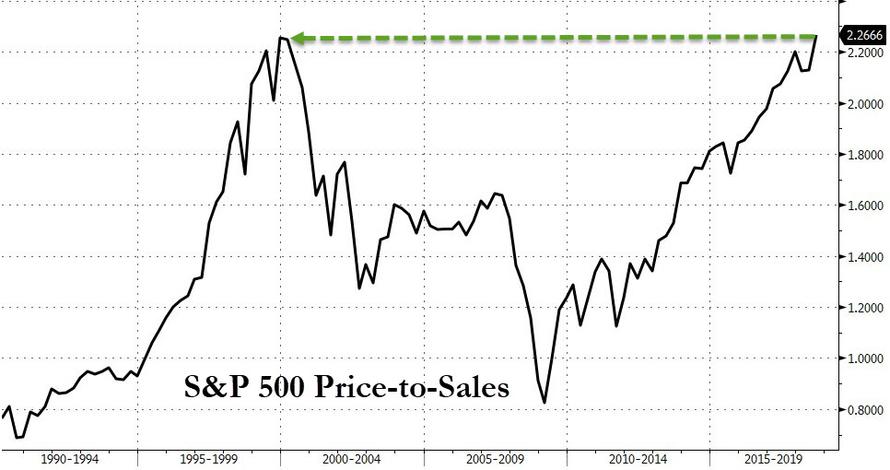 .... I also was further in disbelief when it hit 2.4X Price-to-Sales 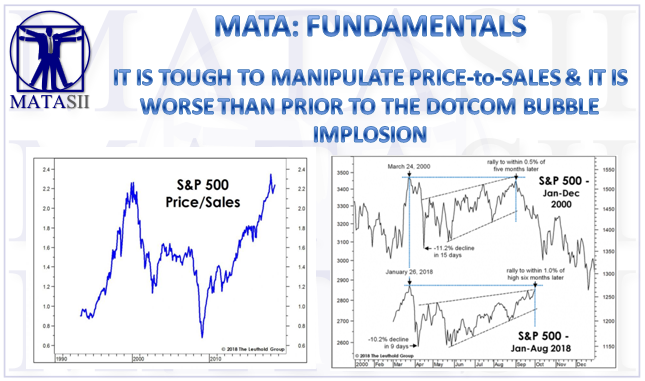 Therefore based on my thinking above I found this note from the Felder Report (Yes, The Stock Market Is Just As ‘Stupid-Bat-$hit-Crazy Expensive’ Today As It Was At The Peak Of The DotCom Mania) to be almost unbelievable:

It was almost a year ago I wrote “What Were You Thinking?” referring to a quote from an interview with Sun Microsystems CEO, Scott McNeely, that he gave a year or two after the peak of the DotCom mania:

More recently Kevin Muir of TheMacroTourist (whose work I greatly admire and highly recommend) referenced this same quote on twitter writing, “I hate to say it, but whenever you are feeling like today’s market is stupid-bat-s$hit-crazy expensive, take a gander at this gem from Scott McNealy about the DotCon bubble….” implying that stocks today aren’t nearly as expensive as they were back then. And I think most people currently believe this.

The truth, however, is that, according to the standard Mr. McNeely referenced, the stock market is exactly as “stupid-bat-s$hit-crazy expensive” as it was back then. In fact, according to Kevin’s data, fully 332 of the Russell 3000 components currently trade above 10x Revenues, 52 more than the 280 total seen in March of 2000, the month the Nasdaq put in its top.

As noted in my last piece, Sun Microsystems saw its stock price fall from a peak of $64 to a low of just $5 in only a couple years’ time. So who will be the Sun Micro of the current cycle? Your guess is as good as mine but below is the list of the 30 stocks in the S&P 500 trading at more than 10x revenues. Let’s call it the short list of candidates to eventually inspire investors to ask themselves, ‘what was I thinking?’