WHAT COMES AFTER A VACCINE AND COVID-19?

Though Covid-19 may finally be in the rear-view mirror sometime in 2021, the devastation, lessons and emotional scares will be lasting. New attitudes will be deeply rooted, similar to those left to the generation who experienced the 1929 market crash and the subsequent Great Depression of the 1930’s. The Global Recession however may still not be over in 2021 as world-wide economic growth recovers at a slower than expected rate.  Intractable, slow economic growth and mounting Inflation pressures are the hallmark of Stagflation. Stagflation has historically ushered in periods of strong Hard Asset returns, which gives further support to our video – “Will 2021 Be The Year of Hard Assets?“.
But why would we see Inflation?
We have answered the question of growing inflation in prior videos and newsletters. As we identified, it will come from many unexpected sources which either gives you less for the same amount of money or the same for more amount of money.  Either way it is Inflation though governments statistical methods of substitution, hedonics and imputation will effectively obfuscate it. We can expect: 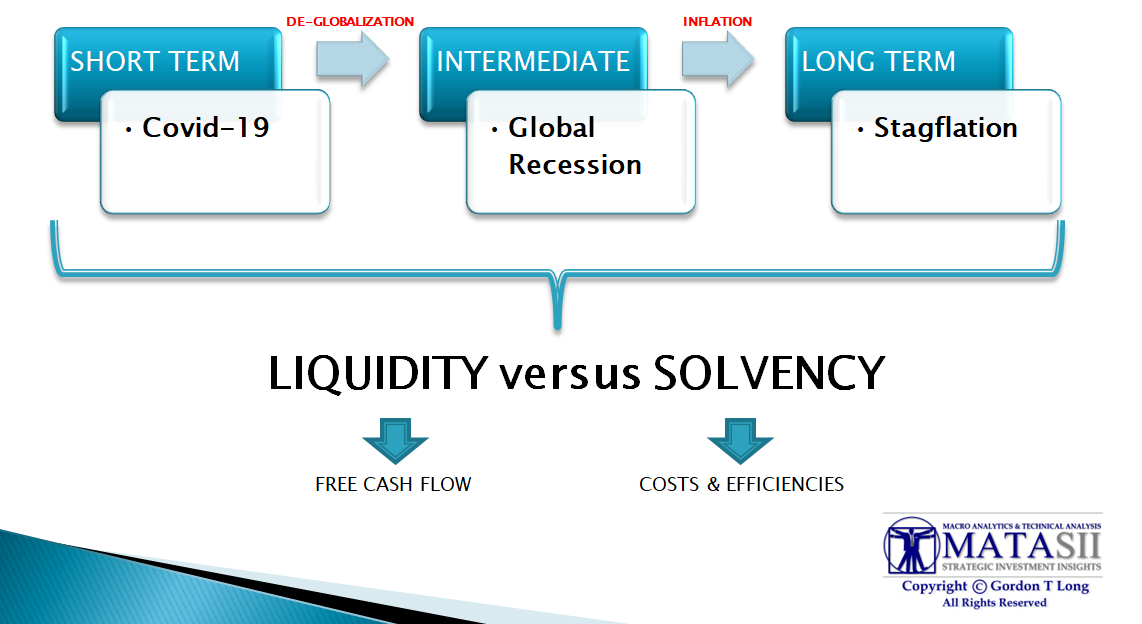 Already food inflation is spiking. This week the U.S. PPI and Core PPI (two key metrics of inflation) recorded a 0.4% increase in inflation for the month of September. This sounds like a very small move until you consider that it was largely due to just one component (food inflation) surging 1.2% over the same time period. Why does this matter?  According to the Fed’s own research, food inflation is the single best predictor of future inflation in the U.S.  A 1.2% increase in a single month for food prices across the board (not just one area like meat or dairy) is a BIG deal. This tells us point blank that higher inflation is already seeping into the financial system.
We laid out in the August LONGWave video the case for “The Coming Era of Stagflation” (video). We will likely see it evident in late 2021 but markets will begin pricing it in sooner.
GLOBAL SUPPLY CHAIN DISRUPTIONS
One of the underlying drivers of potential import and domestic goods inflation is likely to be a major reversal from advancing Globalization to growing Nationalism. This will be markedly disruptive to Global Supply Chains! We can expect this to bring disruptions, shortages and breakage within fragmented, fractured and more expensive supply chains.
THE NEW BUZZ WORD: “RESHORING”
Both US parties in the US Presidential campaign are talking strongly of bringing jobs back from China. President Donald Trump said this week that if he is re-elected, his administration will attempt to reduce U.S. dependence on Chinese manufacturing and bring those jobs back to the United States.
“We will make America into the manufacturing superpower of the world, ending reliance on China once and for all,” Trump said Wednesday during an event with the Economic Club of New York and other chapters. In his remarks, the president said he would reward companies that move their jobs to the United States and punish firms that oppose the measure.
“We will keep taxes low for companies that move jobs to America, and we’ll impose steep tariffs on any company that leaves,” he said. “They want to leave? They want to make our product and then sell it back after firing everybody? Not going to happen. They will be tariffed,” Trump added.
Remember how Globalization has contributed to containment of Inflation Pressures while the US Expected Money Supply
CORPORATE BANKRUPTCIES & MERGERS
Covid-19 has left major industries such as travel, leisure, hospitality and dining barely hanging on. Small business have only just begun to fail in mass. We can expect bankruptcies and mergers to soon sweep the economic landscape despite government bailouts. Prices will rise as a consequence.
“A RETURN TO 1970’S STAGFLATION IS ONLY ONE BROKEN SUPPLY CHAIN AWAY!”
“Consumer retrenchment will persist only until a Covid-19 vaccine arrives. If this takes another 12 to 18 months, as scientists believe, pent-up demand will build as never before. Assuming that governments continue to support worker incomes in the meantime, the release of this pent-up demand could spark an inflationary spiral that markets are not expecting. The seeds for such an outcome are also being sown by the disruption of global supply chains.”
Stephen Roach – Yale University Prof., Former Morgan Stanley Asia Chairman.