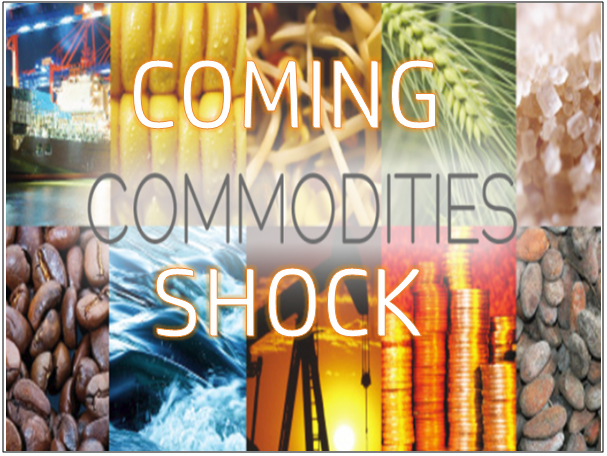 As the Bank of International Settlements (BIS) initially identified and Charles Hugh Smith and I laid out in the Macro Analytics video: "The Results of Financialization - Part III - The Big Reversal", we are at the beginnings of what could be labeled as the "Big Reversal".  The era of deflation and low interest rates is potentially shifting to a new era of Inflationary pressures and rising interest rates. A preponderance of central banks are beginning to tighten monetary policy in varying degrees in preparation for this longer term, demographically driven shift. If BIS research is correct, Commodities are likely to begin emerging as a big story in 2018.

Major investment players such as  Jeff Gundlach are now pointing out that commodities are just as cheap relative to stocks as they were at historical turning points. Gundlach was referring to the following chart when making this comment:

Once "you go into these massive cycles... the repetition is almost eerie. And so if you look at that chart the value in commodities is, historically, exactly where you want it to be a buy."

Gundlach also noted that commodities are just as cheap relative to stocks as they were at turning points in previous cycles that began in the 1970s and 1990s. The S&P Goldman Sachs Commodity Index is up 5% this year, versus the S&P 500's 19% gain.

There is also a fundamental case for investing in commodities, Gundlach said. He pointed out that

This "Inflation Expectations"chart from my friend Prof Thorstein Polleit  derived from inflation SWAPS, illustrates the shift that is slowly beginning to occur globally.

The ECB released its startling new inflation forecast on 12-14-17. 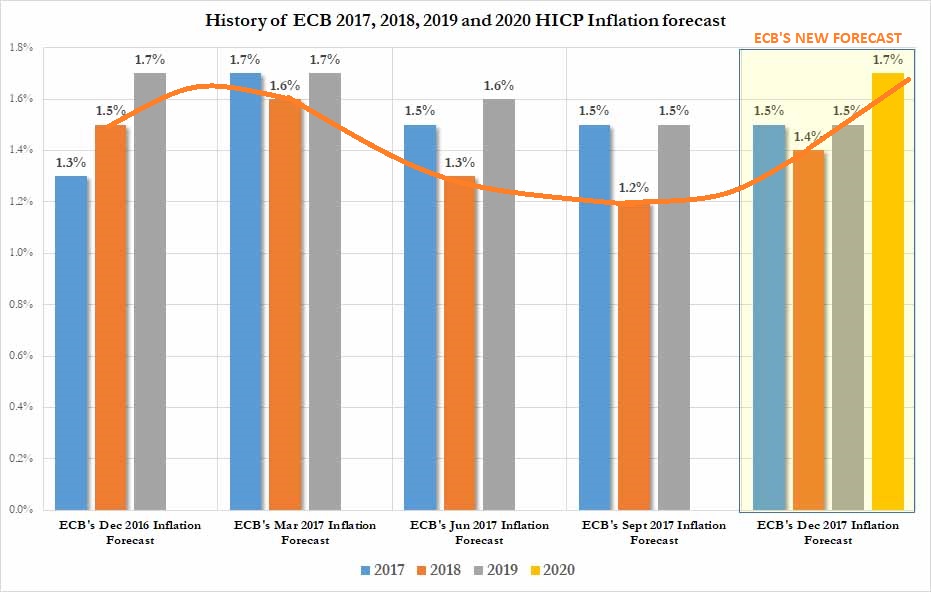 The US Producer Price Index has been steadily rising for some time. The falling dollar has been distracting investors from the underlying changes occurring.

THE MARKET "SMELLS" SOMETHING

I posted on MATASII earlier this month the New York Fed's announced of its Underlying Inflation Gauge (UIG). In November the UIG reading was 2.95% which is a significant deviation from the CPI. In my opinion it is more than I coincidence that this in-house inflation indicators is seeing public visibility at this time.

I have interviewed Graham Summers, Chief Market Strategist at Phoenix Capital Research many times over the years and he is usually ahead of the pack in his views, though he is often early. He recently pointed out:

The financial system is preparing for an inflationary shock.

Running back to 2010, we’ve been in a long-term deflationary downtrend on this ratio. 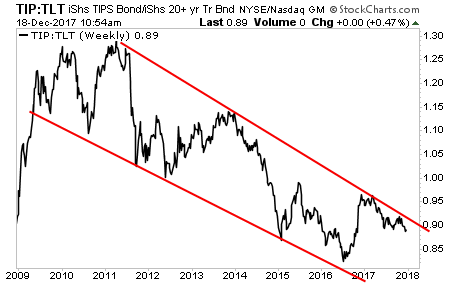 This deflationary pull has dragged down the entire commodity complex over the same time period. 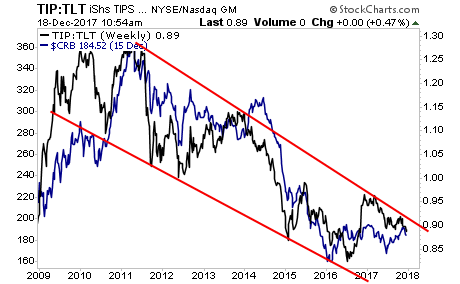 But this is about to end. In the short- term, the TIP:TLT ratio has MASSIVE support at current levels. And given the clear descending wedge pattern it’s formed, the odds are favoring a sharp breakout to the upside sometime in early 2018. 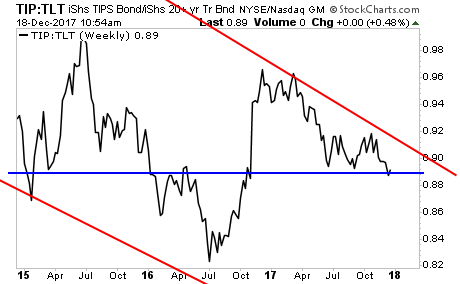 This is going to ignite a HUGE rally in commodities and other inflation hedges. Our big theme for 2018 is INFLATION. And we're already producing numerous winners from this trend.

The flattening US yield curve is historically closely correlated with soft Agricultural food costs. We should not be surprised to see downward pressures in agricultural commodities begin to reverse in 2018 as central banks slowly advance their tighten efforts and the Federal Reserve further increases it rate of  the "normalization" of its balance sheet. You can fully expect the central bankers to do everything in their power to stop further flattening or inversion of the yield curve!  Commodities as a "Hard Asset" will be the likely recipient.

After 8 years of central banks inflating financial asset it may now be the 'time in the sun' for the reflation of Hard & Soft (Food) Assets.