THERE IS NEVER JUST ONE COCKROACH!

Having been an active investor during the 2000 Dot-Com Bubble implosion and the 2008 Financial Crisis, one of the many lessons I learned from these events was how they suddenly brought to light a raft of financial “games” that had previously been hidden from public view. Though major new financial instruments had been widely developed, accepted and implemented, they were completely opaque from the general public and media reporting. These instruments turned out to be critically flawed in some aspect that led to their failure and resulting major draw-downs in the financial markets. We are seeing the same “Canaries in the Coal Mine” once again! 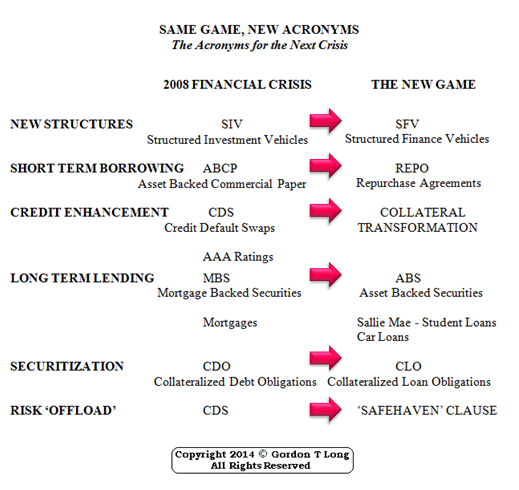 For example, as the 2008 Financial Crisis unfolded we discovered on an almost daily basis how esoteric instruments such as CDS’s (Credit Default Swaps), CDO’s (Collateralized Debt Obligations) were being used through SIVs (Structured Investment Vehicles) to fund ABCP (Asset Backed Commercial Paper) and MBS / ABS (Mortgage Backed Securites) which funded the US Housing Market. It turned out that Insurance companies were funding CDSs based on what proved to be a flawed use of accepted credit agency risk ratings.
The chart to the right, which we brought to our subscribers attention in 2014, pointed out that we were once again resuming the old game but with new acronyms, a new focus, and with supposedly better risk protection. Collateral Transformations, Credit Swaps and other untested methods received no public attention (and still haven’t) as the EU Financial Crisis appeared to come under control.
FINANCIAL MARKET CONDITIONS ARE AS EASY AS THEY GET!
Broad gauges of financial conditions, which include measures of liquidity, short and long-term yields, and valuations on equities, are now the easiest they have ever been. On this, Bloomberg’s financial conditions index is in agreement with Goldman Sachs as shown below. The simple question is – is this the case? I won’t bore you how the financial pundits explain it, but rather want you to consider something received absolutely no visibility which is occurring in the dark recesses of the financial markets. 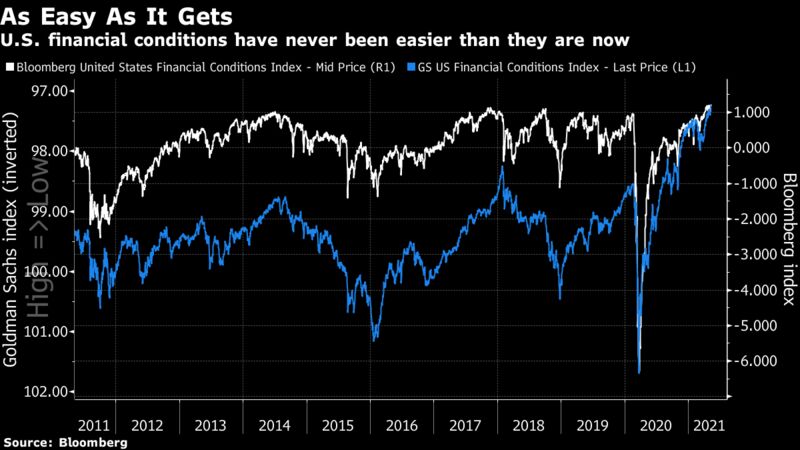 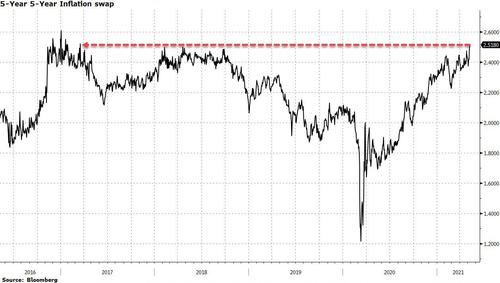 A COMING GLOBAL SHIFT ACROSS INFLATION SENSITIVE ASSETS WHO IS ACTUALLY BUYING THE MASSIVELY SURGING US DEBT?